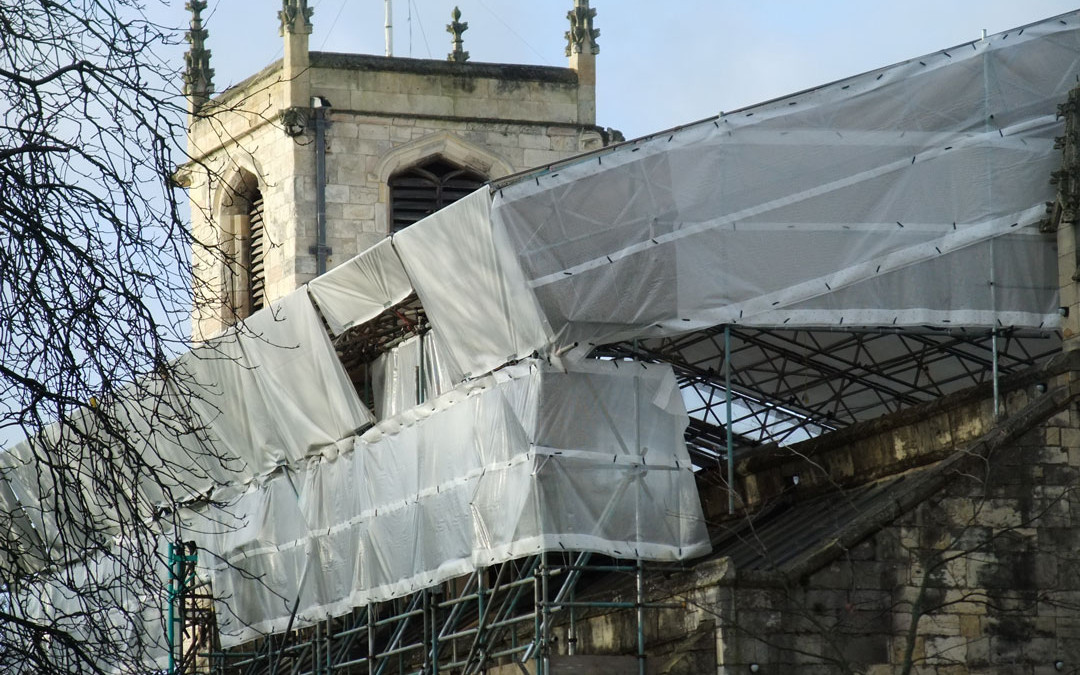 On a mild Sunday morning in mid-December 2015 the congregation of St Olave’s Church, York were told the shocking news that the church would be closed for 3-4 months starting at the beginning of January.

The choir, clergy and congregation would be moving to Holy Trinity, Micklegate for the duration of the closure.

But what of the church bookings – and the Academy of St Olave’s concert in January?

Earlier that week, 4000 flyers had been sent to residents of York advertising the Academy concert on 23rd January at St Olave’s Church…. 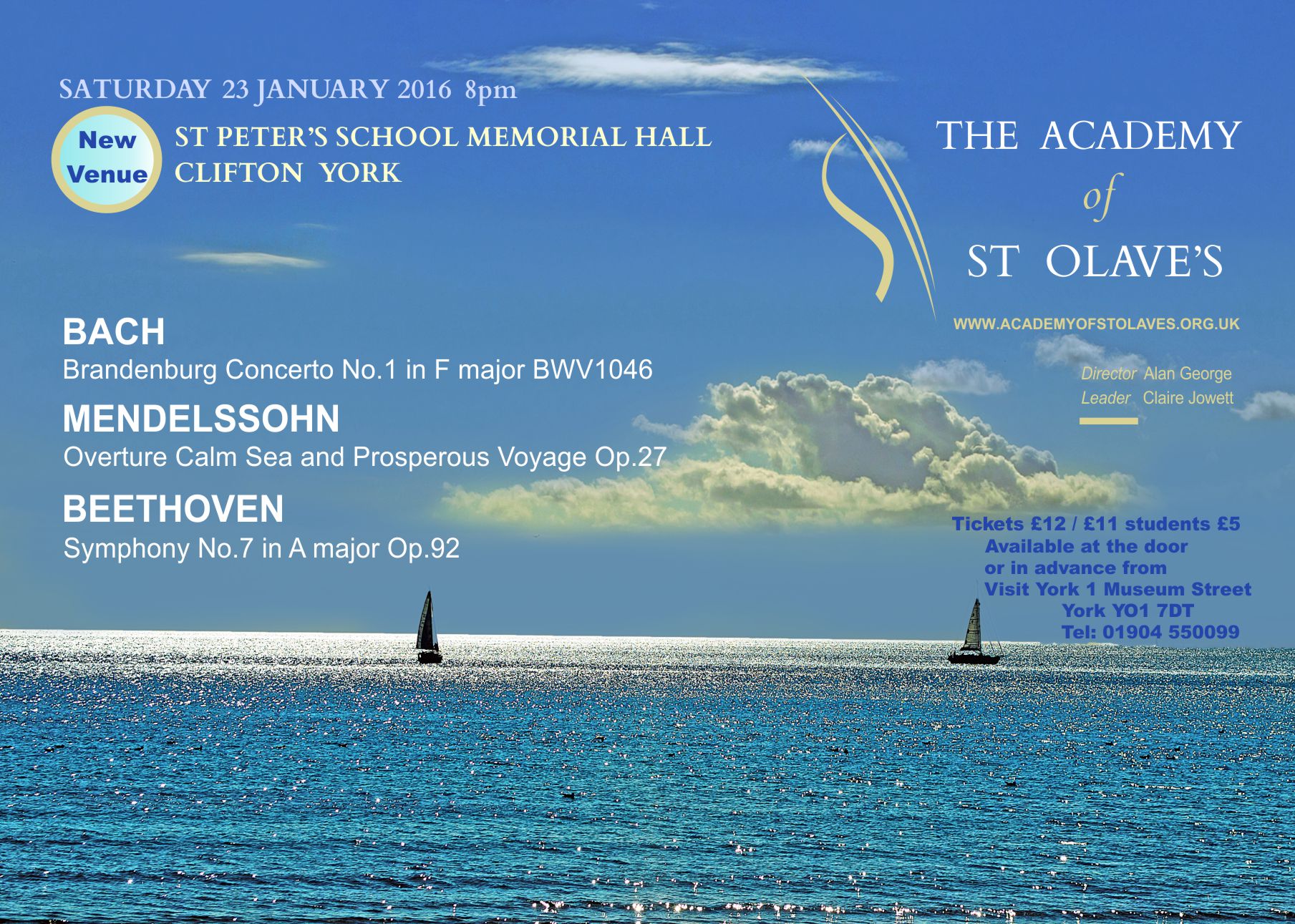 Move of the concert to St Peter’s School Memorial Hall

In the run up to Christmas the posters were amended, players were informed of the change and there simply remained the small matter of making sure that the audience was made aware of the new venue!

Many local people have either been flooded themselves or have friends and relatives who have been directly impacted by the devastating floods following the deluge on Boxing Day, so the Academy of St Olave’s has chosen to support two charities in our concert on 23 January 2016:
the York Flood Disaster Fund and St Olave’s Church Roof Repairs.   Please use the links to give as generously as possible. The floods have been in the news a great deal since Christmas, so the remainder of this blog will focus on the problems at St Olave’s Church.

St Olave’s Church roof has been under a plastic umbrella since September 2015.

So why is this, and why make the sudden closure announcement in December 2015?

In 2011 there was a serious lead theft from the chancel roof, which resulted in significant damage to the fine Walker organ in St Olave’s Church, and a fundraising appeal followed.  Members of the Academy of St Olave’s and the church choir took part in a fundraising concert on 14th January 2012 and over £600 was raised for the roof appeal in the Academy’s winter concert the following week.  Other fundraising ideas included knitting the church roof!  Full details can be seen on the church fundraising website.  With huge effort, the church raised the £30,000 needed so that the organ and chancel could be repaired. 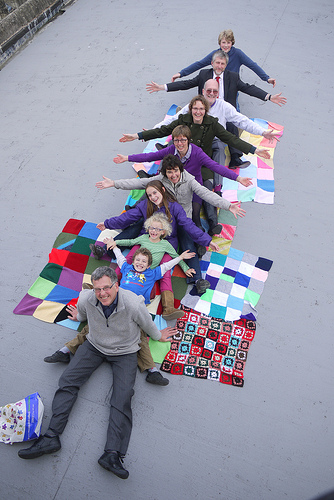 Further lead thefts from the roof of the nave

Then followed the devastating news of further significant lead thefts from the roof of the nave in 2012 and 2013. As the maximum amount had been claimed from insurance, a temporary acrylic roof covering was laid to provide short term water-tightness. However, water was still getting into the church and buckets had to be used in the pews to catch the drips from the roof.  The situation was getting worse and worse, until finally in 2014 the architects wrote:

“The Quinquennial Inspection Report August 2014 identifies the failure of the temporary Cromapol Acrylic roof covering to the Nave, with the resultant frequent water penetration into the Nave roof structure and space. The Report also identifies the extensive holes, splits and punctures to the Nave North Aisle lead roof covering, which needs replacement when funds are available. There is also extensive damage and failure to associated flashings to these roofs and the need to re-point adjacent parapets to ensure water tightness. We have been advised that the funds needed for the Nave roof alone will exceed the £100,000 maximum available under this grant scheme….. Any additional work that is carried out (for example to the roof of the north aisle as mentioned in the QI report), will be paid for by further fundraising.” 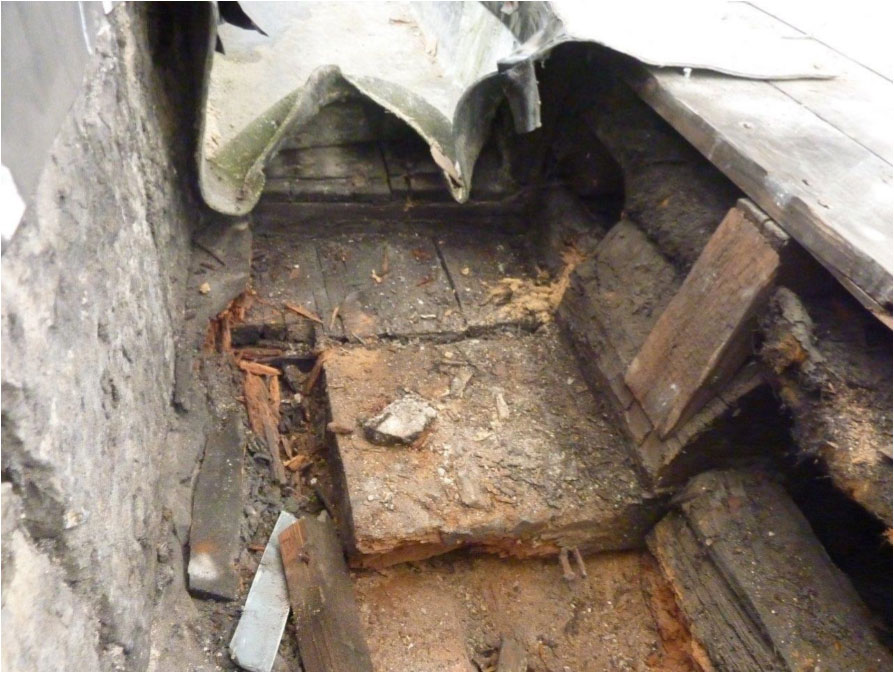 A Listed Places of Worship grant of £87,000 towards the £137,000 cost of replacing the temporary nave roof covering enabled the plastic umbrella to go up in September 2015 so that work could start on replacing the temporary roof covering. Unfortunately once the work got underway a great deal more damage was found, caused mainly by old death watch beetle infestations and dry rot. The main issues being:

The additional cost of making these essential repairs which should make the roof solid for the next one hundred years will be some £150,000.

Unfortunately the repairs would have cost even more if the church were to remain open at the same time, so the PCC took the decision to close the building at their meeting in mid- December.

Other fundraising events for the church roof repairs

With such a large sum needed for the roof repairs, St Olave’s Church will start fundraising straightaway. One of the first fundraising events will be a performance of St John Passion by J.S. Bach on Sunday 6th March at 7:30 pm in St Peter’s School Chapel. Tickets are available from the National Centre for Early Music box office, or from members of the choir.

Keith Wright will conduct St Olave’s Church Choir and St Peter’s School Chamber Choir for the concert. There will be an orchestra made up of local players, many of whom also play in the Academy of Olave’s. The Evangelist is being sung by the young tenor Matthew Morgan, who sang in a memorable performance of Britten’s Saint Nicolas with St Olave’s Church Choir in 2014. The aria soloists include the local tenor Paul Gameson, and the bass Niall Hoskin, whose last performance in York could not have been further from Bach: singing the Duke Ellington Sacred Concerts in the Minster in 2012!

St Olave’s Church has produced a video with information about the fundraising appeal.  Given the success of the 2012 Get Knitted Campaign, which raised over £2000, is it possible that the church knitting needles will become busy again? 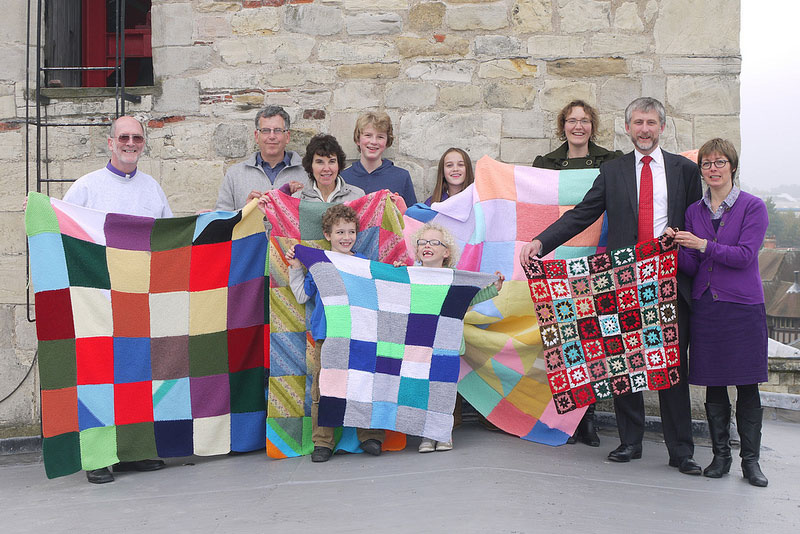 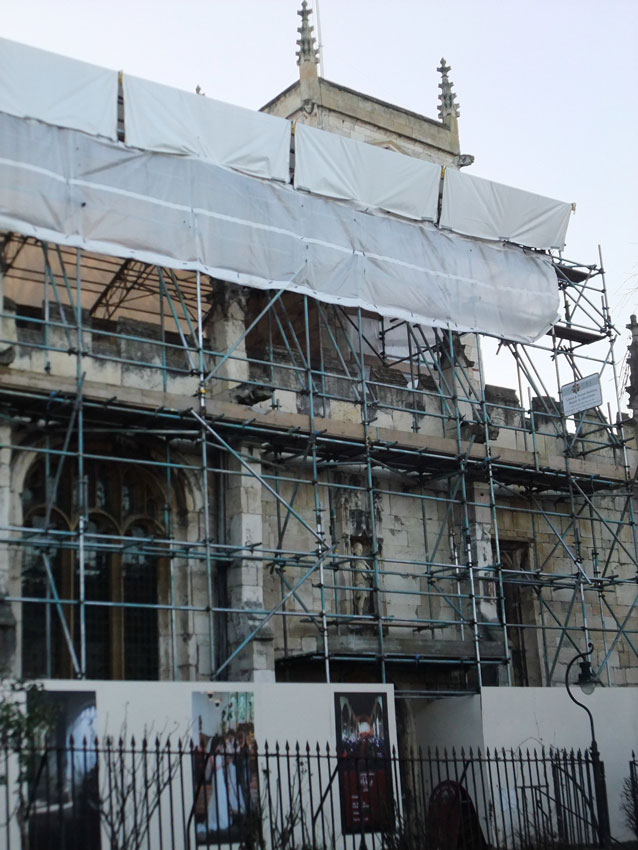 So how old is the church roof?

The first church on the site is recorded in the Anglo-Saxon Chronicle for the year 1055. Earl Siward (the last of the great Danish Viking earls) was buried there in that year, in the church which he had dedicated to St Olaf (the king who converted Norway to Christianity).

After the Norman Conquest, the church became part of St Mary’s Abbey and was gradually neglected by the monks. St Olave’s Church was largely rebuilt between 1466 and 1471, when the parishioners took responsibility for the upkeep of the buildings and also added a clerestory to the nave. Addition of these high up windows would have necessitated a new roof, but the current nave roof is not quite that old….

St Olave’s continued as a parish church after the dissolution of St Mary’s Abbey in 1539, but was badly damaged in the Civil War when the Parliamentary army set up a battery of canon on the church roof! In the siege of York in 1644 the army of King Charles I had its headquarters in nearby Kings Manor. The exchange of fire between the two parties resulted in devastation of the church and much of the surrounding area of Bootham and Gillygate.

As a result St Olave’s Church was completely reconstructed in 1720-21, when the clerestory windows were also taken out. So the current roof is lower than in mediæval times and about 300 years old. It is possible that the horsehair matting – which has become wet and rotten – may date back to that time.

When will St Olave’s Church re-open?

It is hoped that the church will only be closed for about 14 weeks, so our “Mozart in Prague” concert on Saturday 25th June should be back in St Olave’s Church.  We look forward to seeing you at both concerts:

Directions for getting to both these concerts, complete with maps, are on our website .

In the meantime, the Academy of St Olave’s wishes everyone a Happy and Prosperous New Year! 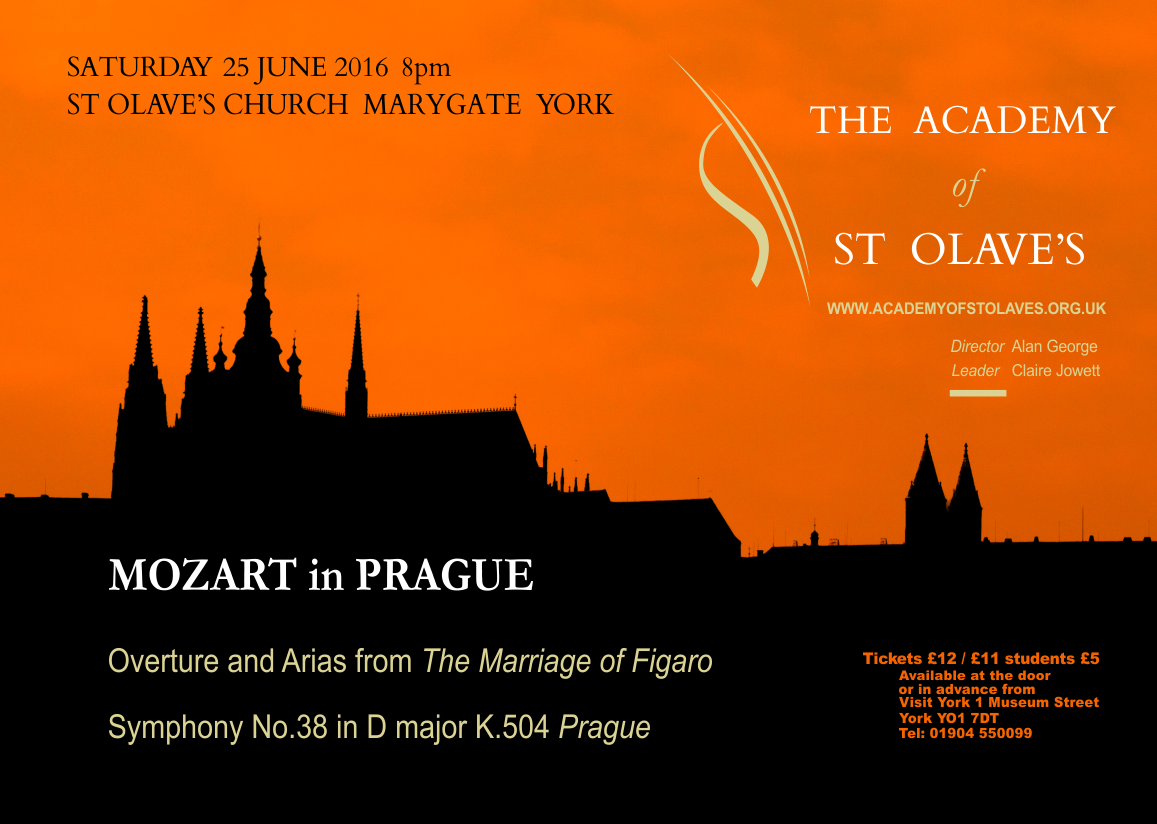