Jacob is currently studying for an MSc in Urban Planning at Newcastle University, having achieved a first class BA(Hons) in Architectural Studies at the University of Sheffield. Outside his studies, music is equally important in his life and he hopes to continue playing at a professional level alongside his future career.

Jacob achieved distinction in Grade 8 violin at age 14 and in dipABRSM performance diploma at 16. He spent three years in the National Youth Orchestra of Great Britain, appointed Principal Second Violin when he was 16. In 2012 he was chosen to represent the NYO in receiving the Queen’s Medal for Music from Her Majesty in a special London Symphony Orchestra concert, during which he joined the orchestra in their performance of Elgar’s Enigma Variations. His time in the NYO also included three appearances at the BBC Proms.

During his teenage years, Jacob led regional youth orchestras such as Young Sinfonia (in Newcastle, with whom he toured to Singapore, Italy and Sweden), North Yorkshire County Orchestra, York Area Schools Symphony Orchestra, York Young Soloists, and Yorchestra. He was also a regular player with York Guildhall Orchestra and the Academy of St Olave’s.

A keen player of period instruments, he has also appeared with Yorkshire Baroque Soloists. As well as freelance playing, Jacob enjoys teaching and tutors at the holiday youth ensemble, Yorchestra. He has benefitted from violin tuition from Jose Honing, Maggy Lamb, David Greed, Lucy Russell and Bradley Creswick.

Jacob plays on a Deconet violin made in Venice c. 1750, loaned by Wolfgang Marc Schatzberger. 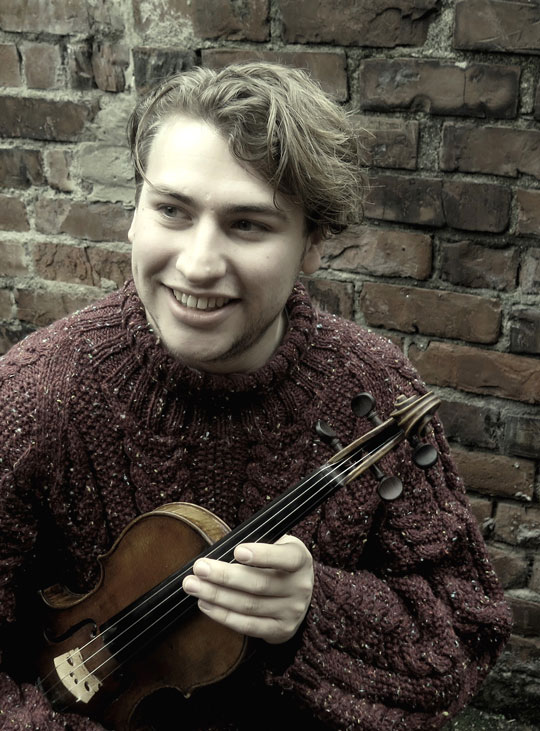