Claire Jowett has been leader of the Academy of St Olave’s since 1991. Her wide-ranging musical experience includes orchestral playing, singing, chamber music, conducting and teaching.

Leader of the Academy of St Olave's

Claire Jowett has been leader of the Academy of St Olave’s since 1991. Her wide-ranging musical experience includes orchestral playing, singing, chamber music, conducting and teaching. 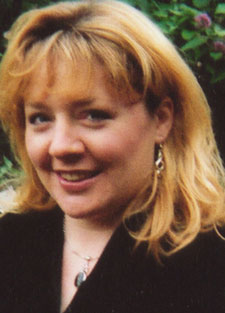 Claire was born in Leeds and studied music at the College of Ripon and York St John, now York St John University. A well-known teacher in the York area, Claire teaches both violin and viola at Bootham, Pocklington and the Mount schools.

As well as being leader of the Academy of St Olave’s, Claire is currently leader of York Symphony Orchestra. She plays in several other ensembles including the City of York Guildhall Orchestra, York Musical Society and York Opera and freelances for musicals and shows.  Claire has also done some recordings for the children’s BBC programme “The Sarah Jane Adventures”, a spin off from Dr Who.  As a soloist Claire has appeared with the Academy in several concerti.

Claire is one of the founder-members of York Cantores, in which she frequently sings solos. Claire also plays in various chamber ensembles, both vocal and instrumental, for weddings and special occasions.

Claire plays on an English violin of the Duke School built around 1780.

VIVALDI: Concerto in A minor for two violins Op. 3 No. 8