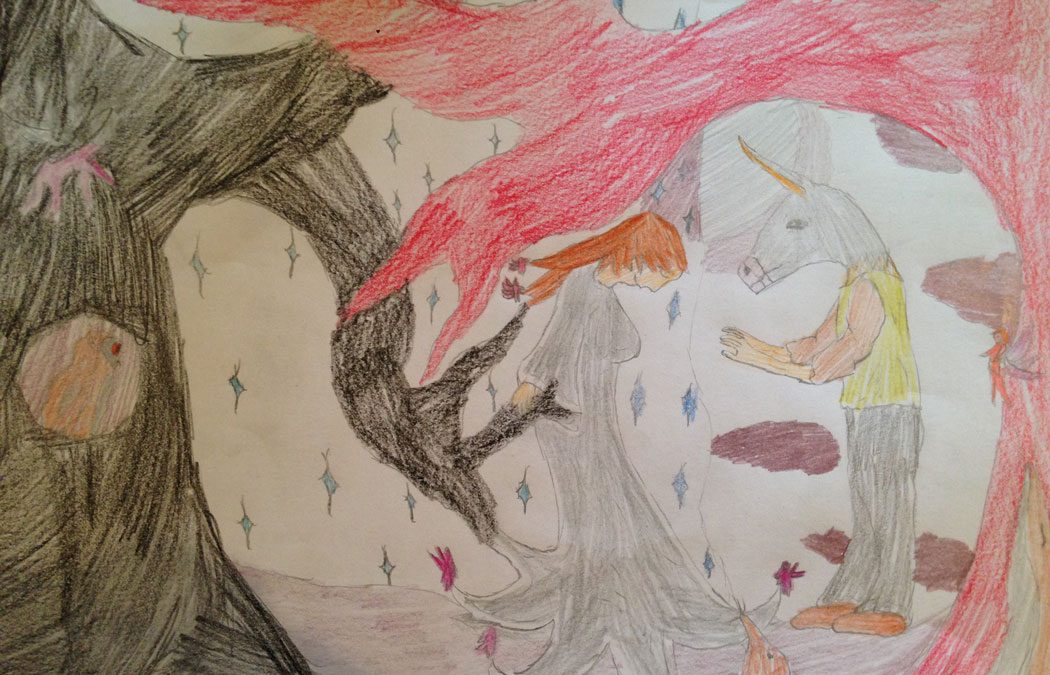 This blog post is written with some help from Esme Sharpe (age 11) and Arthur Sharpe (age 12), whose mum Jude plays viola in the Academy of St. Olave’s.

Our concert of beautiful mid-summer music on 24th June 2017 is also raising funds for Neuroblastoma UK ,

a charity which helps to fund medical research to improve diagnosis and treatment of this aggressive childhood cancer.

The concert starts at 8 pm, and is in St Olave’s Church York.

A Concert for Midsummer’s Day

The Academy’s June concert takes place this year on Midsummer’s Day, so two of our pieces have been specially chosen as they are based on Shakespeare’s play ‘A Midsummer Night’s Dream’.  The plot of this play is really quite complicated, with four inter-connecting story-lines, involving the Duke of Athens, fairies, sprites, two sets of couples who fall in love with each other and a band of ‘rude mechanicals’ who are putting on a play.

Hermia must marry Demetrius, but she loves Lysander. Helena loves Demetrius, so Oberon (King of the Fairies) puts a potion on Demetrius that makes him love the first thing he sees. He also puts it on his wife (Titania, Queen of the Fairies) and she ends up loving an actor called Bottom, while Demetrius and Lysander (also given the potion) both fall in love with Helena. Eventually Oberon frees Lysander and Demetrius and Lysander goes back to Hermia, while Demetrius stays with Helena. In the end the two couples have a joint wedding.

At one point in the play Oberon’s “shrewd and knavish sprite” Puck, turns Bottom’s head into a donkey’s head: “The course of true love never did run smooth”. 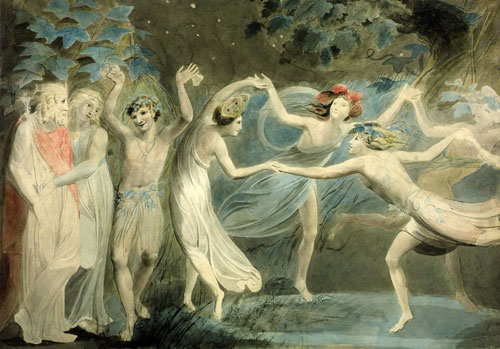 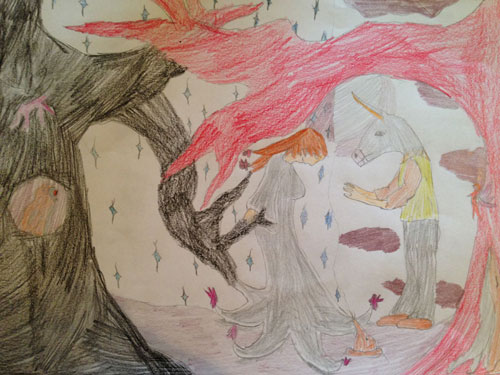 This is Esme’s picture of Titania and Bottom in fairyland.

Mendelssohn was just 17 years old when he wrote this piece of music. At the beginning, listen to fairies flying and hurrying around. Listen out for the sounds of a donkey braying (ee-aw). You can also picture the lovers running together and hear a hunting tune played on the horns. It’s quite a fun but mysterious piece.

In fact the first British performance of the Overture took place on 24 June 1829 – so exactly 188 years ago! 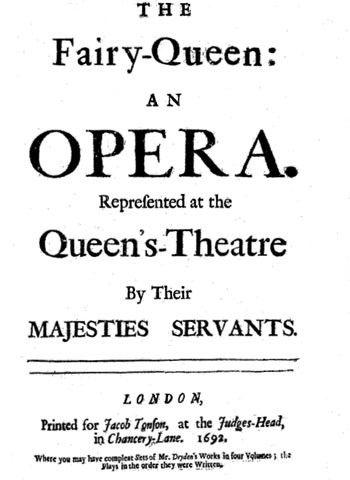 Purcell’s Fairy Queen, written in 1692, is sometimes described as a semi-opera – a play with incidental music. The play is based once again on Shakespeare’s Midsummer Night’s dream, although arguably Purcell’s music steals the show, with the spoken bits kept in just to help join the musical numbers together!

Thankfully, our concert will feature only Purcell’s highly diverse but finely-crafted instrumental music. 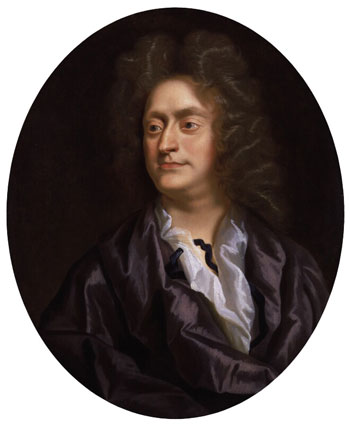 Henry Purcell by or after studio of John Closterman – Source: National Portrait Gallery

Our concert of beautiful mid-summer music is also raising funds for Neuroblastoma UK , a charity which helps to fund medical research to improve diagnosis and treatment of this aggressive childhood cancer.

Music for a Midsummer's Night

With a variety of music from the baroque, romantic and modern eras, all played in the gorgeous surroundings of St. Olave’s Church, what better way to round off a warm, sunny mid-summer’s day? 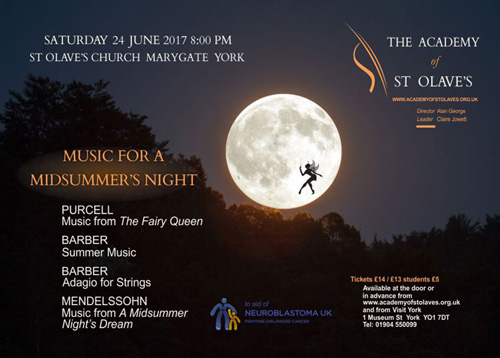 Tickets for our concert on Saturday 24 June can be purchased in advance from our website, or from Visit York, 1 Museum Street, York.  Alternatively, just come along to the concert at St Olave’s Church between 7 and 8 pm and you will be able to pay at the door.

Directions for getting to the concert, complete with map, are on the How-to-find-us page of our website.

We look forward to seeing you!