A Steinway at St Olave’s!

St Olave’s regulars may be surprised in November by the sudden appearance of a grand piano in church. Followers of the choir may remember the last time this happened: the choir’s singing of Brahms’ German Requiem, with the piano duet accompaniment, in 2016 as part of the annual Remembrance Sunday service.

The choir is singing it again this year, on Sunday 10th November – and the presence of the piano in church seemed an opportunity not to be missed and provided a wonderful excuse for a mini series of musical events at the start of November!

Admission to all the concerts in the series is free, with retiring collections for the church. 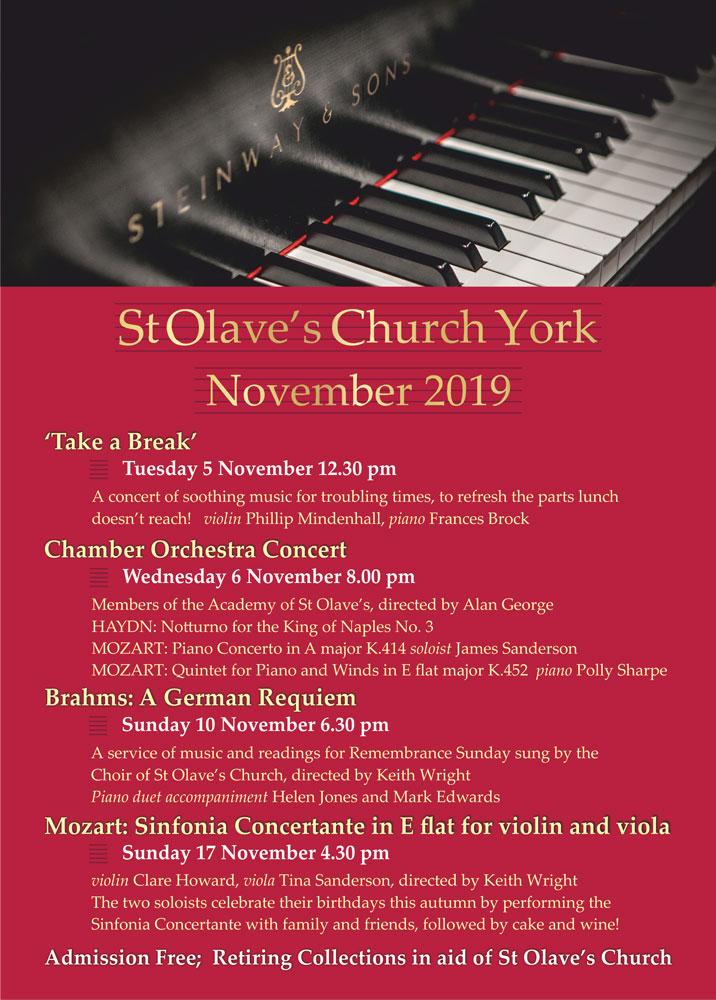 The starting point for this mini series is a lunchtime recital by Phillip Mindenhall (violin) and Frances Brock (piano).

A lunchtime concert to soothe shattered nerves, calm the mind and reboot your soul!

Phillip Mindenhall (violin) and Frances Brock (piano) will play a selection of well-known, short pieces, including Elgar’s Chanson de Matin, the Swan by Saint Saens, and The Victorian Kitchen Garden by Reade.

Come and join them for a relaxing half hour in St.Olave’s Church!

It is rare, given the restrictions of space in church and the logistics of hiring and moving pianos, that the Academy of St Olave’s has the chance to do a concert with piano, despite the wonderful array of music for chamber ensembles and piano. So members of the Academy have seized the day and are putting on a concert on Wednesday 6th November at 8.00 pm, directed by Alan George.

Mozart, as ever, seemed the obvious place to start. The Piano Concertos are, of course, wonderful, and looking at what would work with a small chamber orchestra, we settled on the ‘Little A Major’, K414, which is often done just with string quartet. The multi-talented James Sanderson, generally to be seen singing Tenor in the choir or leading the viola section of the orchestra, is stepping to the fore to play the piano, and we are thoroughly looking forward to accompanying him. 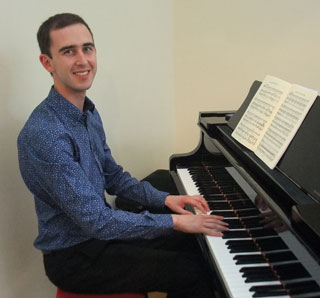 When Alex first approached me about performing a Mozart piano concerto, it was with great excitement (mixed with more than a little trepidation!) that I accepted. It will be my first experience of performing a concerto with orchestra, and I’m really looking forward to it.

Whenever I’m choosing new piano repertoire to learn, I’ve always been slightly wary of Mozart – his music has a tendency to sound deceptively simple but can be really tricky to play well. I think it’s partly because of its simplicity – there’s nothing to hide behind. The melodies have to sound so beautiful and refined, but there are also lots of tricky runs and ornamentation to deal with. I guess that’s what you let yourself in for when you decide to learn a concerto!

The concerto I’ll be performing is K. 414 in A major, which comes in at Number 12 in Mozart’s 23 piano concertos. It was composed in Vienna in 1782 as part of a set of three concertos (along with K. 413 and K. 415) written with chamber forces in mind; indeed Mozart also provided arrangements for piano and string quartet. I have to admit that I wasn’t at all familiar with any Mozart’s piano concertos before I started learning K. 414, but it has been a complete pleasure getting to know the music – you can really sense the joy the composer must have felt when writing the piece. The outer movements fizz with exuberance and wit, whilst the Andante middle movement is a tribute to Mozart’s former mentor, Johann Christian Bach (son of the great J.S.!), quoting a theme from one of his overtures. It’s a wonderful piece and I can’t wait to start putting it together with the orchestra.

In a letter to his father Leopold in December 1782, Mozart wrote: “These concertos [Nos. 11, 12, and 13] are a happy medium between being too hard and too easy; they are very brilliant, pleasing to the ear and natural, without seeming empty. There are passages here and there from which the connoisseurs alone can derive satisfaction; but these passages are written in such a way that non-connoisseurs, too, cannot fail to be pleased, even if they don’t know why.” I think that quote sums up in a nutshell the reason why Mozart’s music, perhaps more than any other composer, still has the capacity to delight audiences today as much as it has done for over 200 years. I hope you can join us on the 6th – it’d be great to perform this amazing concerto to a full house!

The wind players of the orchestra have enjoyed some fantastic chamber music over the last few seasons, notably the Nielsen Wind Quintet in 2018 and the Mozart Gran Partita last September. We have another treat in this concert: the Quintet for Piano and Winds in E Flat, K452, in which we are delighted to be joined on the piano by Polly Sharpe. Mozart wrote in a letter to his father that he thought this the best piece he had written to date: come and see whether you agree!

To introduce the concert, the orchestra will play Haydn’s third Notturno in C, Hob.II.32: rarely heard but a joy, described by Alan George, who is directing the concert, as ‘magical old-age Haydn, at his most benign’. An opportunity not to be missed, indeed – we look forward to seeing you there! 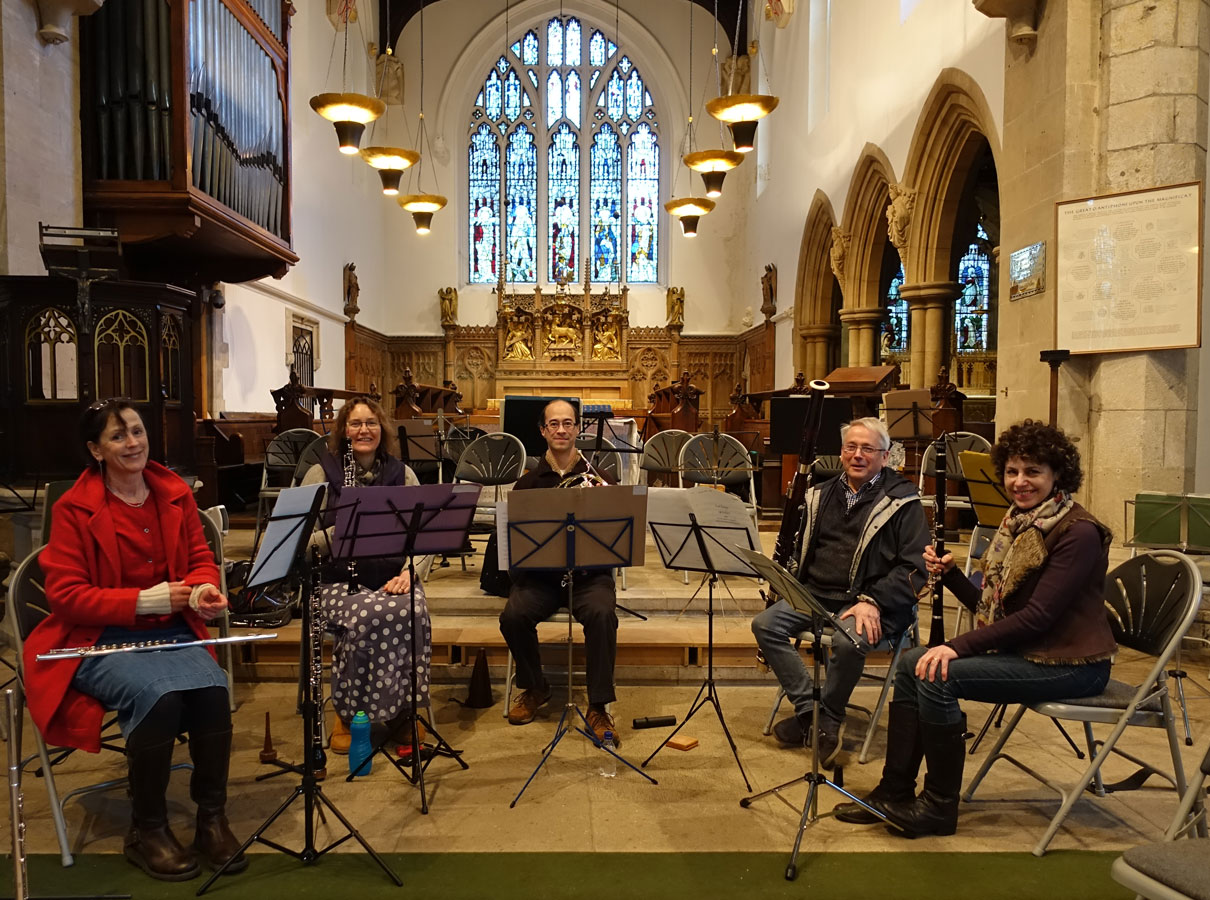 For some years now, Remembrance Sunday has been marked at St Olave’s church by the singing of a Requiem – originally as part of the morning service, but now a stand-alone evening event: a devotion in words and music, with apposite readings interspersed with the music of a Requiem setting. This year the event will take place on Sunday 10 November at 6.30 pm, with the choir singing Brahms’s German Requiem accompanied by Helen Jones and Mark Edwards (piano duet).

Brahms’s German Requiem is an unusual contribution to the genre. The music was begun around 1856, the year in which both Robert Schumann and Brahms’s mother died. The texts of the seven movements owe nothing to any existing liturgy for the departed, being chosen by Brahms from a range of sources (Old Testament, New Testament and Apocrypha). Christian doctrine is not overtly referred to: there are no pleas for mercy, there is no mention of the Last Judgement, and only the mildest of prayers for the souls of the dead. On the whole the texts concentrate on the consolation of the living, and on everlasting rest – rather than everlasting life, or resurrection to new life.

The Choir will be performing the Requiem in Brahms’s own version with piano duet accompaniment. Published in the same year as the orchestral version, it was used for the first London performance. It subtly changes the nature of the piece: the focus on details of orchestral colouring (which in some movements is significant), is replaced with a much more vivid appreciation of the choir’s role. The work takes on a chamber-music atmosphere, and hints at the sound-world of Brahms’s Liebeslieder Waltzes, which are also scored for piano duet and voices.

This beautiful service is open to all, with no admission charge. There are no hymns, and there is no homily or sermon. In quiet devotion we hear the movements of the Requiem, separated with a number of short readings; it is a simple and profound experience. If you haven’t been to the event before, do come and see!

Mozart: Sinfonia Concertante in E flat for Violin and Viola

The final event in the concert series doesn’t feature a piano at all! Composed in 1779, the Sinfonia Concertante for Violin and Viola is Mozart’s most successful composition in this cross-over genre between symphony and concerto.

Since their last birthday concert ten years ago Tina (on viola) and Clare (on violin) have set themselves the challenge of performing this exuberant and delightful music with the help of an orchestra of family and friends, directed by Keith Wright.

In true birthday tradition, the performance will be followed by cake and wine! 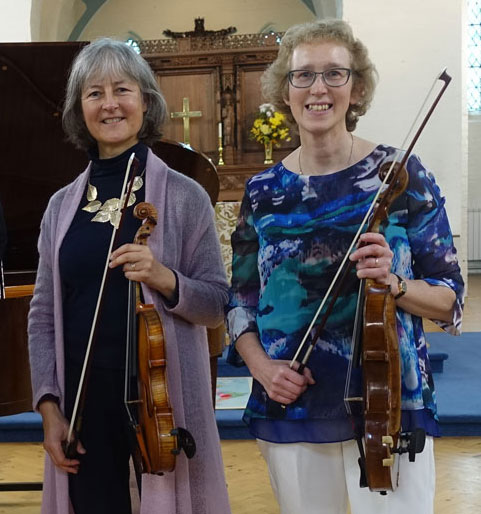 We look forward to welcoming you to this mini-series of November concerts at St Olave’s Church.

Directions for getting to the church, complete with map, are on the How-to-find-us page of this website.